Great writer, doctor in philology, professor Aziza Jafarzade was born on December 29, 1921 in Baku. After graduating from School No. 25, she entered the Theater Technical School and then two-year Teachers' Institute.
1937: She started her literary work at the age of 16 and her first story called "Angel of Death" was published in "Adabiyyat" (Literature) newspaper.
1942-1944: She worked as a teacher in Chaparli village of Aghsu region.
1944-1946: She worked as the Head of the Script Department in "Azerbaycanfilm" named after Jafar Jabbarli.
Since 1946: She was a member of Azerbaijani Writers' Union.
1946-1947: She studied and graduated from the Philology Faculty of Azerbaijani State University.
1948: Her first book was to be published, but according to a special decision of Moscow, it was destroyed ­ perhaps, they burned it - before it went on sale.
1947-1949: She served as the director of the Theater Technical School.
1950: She wrote her dissertation on "Pedagogical Intellectuals in 19th century Azerbaijani Literature".
1950-1955: She worked as the Senior Lecturer and the head of the chair in Correspondence Pedagogical Institute.
1956: She was the senior lecturer in Kamchatka Pedagogical Institute.
1957-1974: She was the Senior Scientific Employer and head of the department in the Manuscript Institute of Azerbaijani Academy of Sciences.
1970: She defended her doctor's dissertation on "Folk Poem Style in 19th Century Azerbaijani Poetry."
Since 1974: She was professor in Baku State University.
She was known as an expert in the history of Azerbaijani literature. 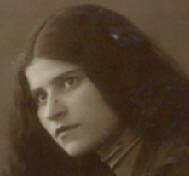 Aziza khanim's prose works are mostly in historical genre.
"Stories about Natavan" (1963). Here she wrote about the life of Khurshudbanu Natavan, the last khan of Karabakh.
"I Have My Word All Over the World" (1973-1978). Her first historical novel is about Seyyid Azim Shirvani, famous poet who lived and created in Shamakhi in 19th century.
"Return to the Motherland" (1977). This book describes the life of poet Nishat Shirvani when Russian troops came to Azerbaijan for the first time in the 18th century. It tells about events that took place in the Salyan district.
"Remember Me" (1980). A novel about the life and creative activity of romantic poet Abbas Sahhat at the end of 19th and the beginning of 20th centuries.
"Baku-1501" (1981). A novel dedicated to Shah Ismayil Khatayi and his march on Baku.
"Jalaliyya" (1983). The history of Jalaliyya, 12th century woman ruler of Nakhchivan, who defended her country.
"Sabir" (1989). This book was dedicated to the famous satiric poet Mirza Alakbar Sabir who lived and created at the end of 19th, the beginning of 20th centuries.
"From Nation to Nation" (1992). This is a novel about the life of geographer Zeynalabdin Shirvani who was on a world tour for 37 years in the 19th century.
"The Tragedy of One Voice" (1995). A narrative about the tragic life of Mirza Guller, a singer who lived at the end of the 19th century.
"Before "Gulustan" (1996). About the attack of the Russian troops on Shirvan in the beginning of the 19th century.
"Zarrintaj-Tahira" (1996). About the life of Tahira Gurratuleyn, a woman poet and one of the leaders of Bab movement who lived in Southern (Iranian) Azerbaijan in the 19th century. 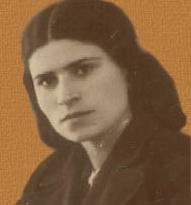 "Towards the Light" (1998). A narrative dedicated to the tragic history that took place in Azerbaijan-Iran in the 20th century in response to the Bab movement.
"Trouble" (2001). About the fights in the palace for power after Shah Ismayil Khatai in 16th century in Azerbaijan and the fights that resulted Azerbaijan's division into small khanates.
"My Rubaba Sultan" (2001). Semi-biographic novel on the background of socio-political events going on in the 20th century.

"The Tears of the Caspian" (2003) A narrative about the forced deportation of Southern Azerbaijanis living in Northern Azerbaijan to Iran during 3-4 days by Stalin regime.

"Fuzuli". She finished this book shortly before her death; it will be ready for publication soon - 2003). A novel about the adventures of the life of Fuzuli, great Azerbaijani poet who lived and created in the 15-16th centuries.

She has written the movie script called "Natavan" as well as many radio-television pieces, memoirs and lots of Bayatis.

Aziza khanim deeply loved our folklore. Her writings such as "My Thoughts on Bayati," "Khizir Nabi," "Novruz" and others about the traditions and ethnography of Azerbaijan and her interviews on radio and TV made her nation's favorite.

She participated in many international events in different countries like Yugoslavia, Syria, Cyprus, India, Singapore, Malaysia, Israel, Iraq and Turkey and represented Azerbaijan. She has gathered information for her historical works from libraries of the countries she visited and wrote travel memoirs. One of them is "A Travel to the Golden Coast" (1968) that she wrote when going on a trip to Ghana (Africa) with her husband on his business trip.

Aziza khanim translated many foreign works into Azeri such as "Brest Castle" by S. Smirnov, "Strong Wave" by Sh. Rashidov, "My General" by A. Likhanov, "The Stone of Dragon" by A. Kabaklin, "Our Native Land" by S. Chokum and others. She has edited many books. Her works have been translated into many languages of the world such as Russian, Persian, Tajik, Arabian, Kazakh.

She was the author and announcer of many TV or Radio programs such as "From Our Classical Heritage," "Ashig Pari" and others. She propagated Azerbaijani classical and modern literary heritage to her nation by these programs. She also participated many years in programs made for Southern Azerbaijan and in radio-journal called "Mother."

She has worked as the chairman of Republican Women's Council in 1981-1989. She has been to the very remote villages of Azerbaijan many times and taken an active part in helping women and children defend their rights and helped them with their problems. She has been a philanthropist all her life and in 1979 she built a school and club building on her own money in Taghli village of Hajigabul region.

She was loved and respected by the whole nation as a Mother. She used to say, "My party is my nation," and called Azerbaijani nation for national unity.

She received many honorary prizes such as the order of "Friendship of Nations" and the "Order of Glory," the highest award granted by the Republic of Azerbaijan. She was also individual pensioner of the president of Azerbaijani Republic. Azertelefilm made two telefilms on her life and creative activity. In 2001 she was given such honored titles as "The Mother of Azerbaijan" and "People's Writer."

Aziza Jafarzade passed away on September 4, 2003 when she was nearly age of 82 after a long sickness. She was buried beside the graves of her parents, her husband and brothers in the village of Taghli according to her own will.